International Students Rank Toi Ohomai as One of the Best 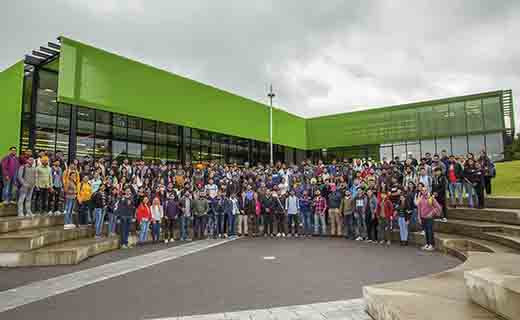 Toi Ohomai Institute of Technology has been ranked as one of the best tertiary institutes in the world by international students.

Questionnaires were completed by international students and covered arrival, learning, living, support, recommendation, application and choice of institution. It also included assessment of new measures on arrival, wellbeing and careers. More than 59,700 students from 89 institutions in 15 countries responded to the questionnaire with feedback provided during June and July last year.

Head of International Peter Richardson says the results are testament to the hard work that goes on behind the scenes at Toi Ohomai.

“One of our key goals at Toi Ohomai is that we want to empower communities through higher education so we work really hard to ensure our students have the best environment to study and succeed in. For our international students, this often means they have to travel to a foreign country where they don’t know many people and so we work to ensure they feel comfortable and part of the Toi Ohomai family with everything they need to thrive while they’re here.

“We provide a range of support services to help with this and we’re delighted that many of these were recognised as quality offerings in the I-Graduate survey. We’re very proud of our performance in the 2019 I-Graduate Survey and our overall ranking.”

Results also showed that Toi Ohomai had an 88 per cent overall satisfaction among its international students, which is slightly higher than the average of 87 per cent recorded for New Zealand ITPs.

Peter says the results from the survey are measured against national and international benchmarks, which are based on the previous two-year period.

In 2019, Toi Ohomai had 1,950 international students enrolled from 34 countries.