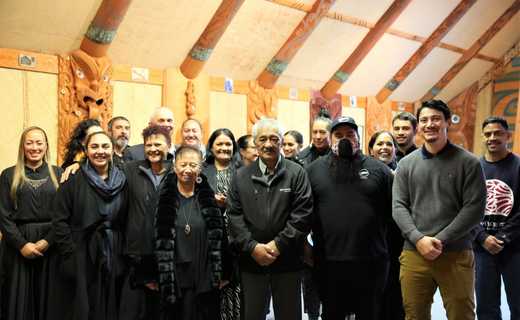 Enabling rangatahi to be active participants in the STEMM (science, technology, engineering, mathematics, and mātauranga Māori) economy of tomorrow is a key focus of Pūhoro, and Toi Ohomai has joined the initiative.

Pūhoro STEMM Academy was launched in 2016 and was developed in response to national low engagement of Māori in STEMM-related subjects and career pathways. In 2021, Pūhoro became a charitable trust, a by Māori, for Māori and with Māori independent entity.

A STEMM workforce is required for an innovation-focused future society, which is why Toi Ohomai has joined forces with Pūhoro to create opportunities for Rotorua-based secondary school ākonga Māori studying STEMM subjects.

“We have many Toi Ohomai courses which have STEMM components including Nursing, Animal Care, Vet Nursing, Environmental Management, Engineering, and Sport and Recreation to name a few.

“Our current students can also use this partnership to contribute their STEMM knowledge to our future ākonga.”

Mel says this partnership also aims to normalise the tertiary environment for local rangatahi and their whānau.

“Toi Ohomai STEMM programmes will also be showcased to Pūhoro rangatahi and their whānau and we will be building a learning community across the Rotorua area that includes Toi Ohomai, Pūhoro, schools, community, hapū, iwi, Māori, employers and industry.”

Pūhoro Rotorua Kaihautū Lead Erena Temara says the organisation aims to continue to open up vistas of the science, technology and innovation landscape to our rangatahi that have never been seen or contemplated before.

“We are working to develop a community of future Māori technologists, engineers, entrepreneurs, scientists, innovators and thought-pioneers. These leaders will excel in high value careers and be the producers and developers of cutting-edge future innovation as our kaumātua have envisioned. These rangatahi are, and will become self-determined empowered leaders, who can bridge both worlds simultaneously armed with their unique whakapapa and Māori worldview.”

She says it is great to partner with Toi Ohomai as both organisations are focused on the success of local rangatahi. During 2022, Erena is working with year 11 rangatahi from Western Heights High School and John Paul College, and will follow these ākonga through as they transition into year 12 and year 13, then on to tertiary and ultimately employment in STEMM fields.

More information on Pūhoro can be found online.

The term STEMM with the additional ‘M’ to represent the underpinning kaupapa of Mātauranga Māori was coined by the Pūhoro Charitable Trust Board in 2021.