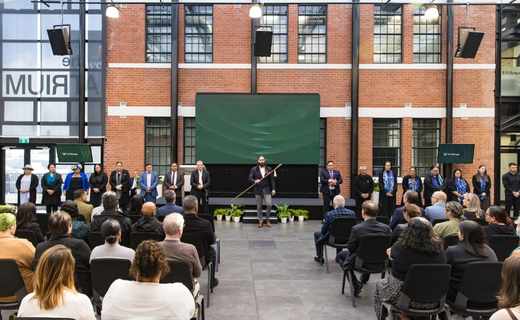 Whakanuia celebration events were held at all eight Toi Ohomai and Wintec campuses around the Waikato and Bay of Plenty to acknowledge this exciting milestone. Te Pūkenga Chief Executive Stephen Town said the events focused on acknowledging the strengths of the two Institutes of Technology, their people, learners and communities as they move into Te Pūkenga.

"For the first time, Te Pūkenga has ākonga (learners). We’re committed to providing these ākonga, and those who follow in their footsteps, with a learning experience that sets them up to thrive and enables them to succeed - whatever success looks like for them. We’ll do that by building on the history and collective mahi that Wintec and Toi Ohomai bring to this move.

Through network wide sharing and collaboration, our information and insights will enable us to be innovative in all that we do - accelerating opportunity for ākonga and enhancing learner outcomes.

This change also paves the way for the rest of the Institutes of Technology and Polytechnic (ITP) network to transition later this year.

"I want to take this opportunity to thank outgoing Chief Executives Dave Christiansen (Wintec) and Dr Leon Fourie (Toi Ohomai) as well as their respective boards. They have led their teams through this change with courage and empathy and have been champions for the work of Te Pūkenga.

"Kaimahi at Wintec and Toi Ohomai have really embraced this change and are already working more closely as a network. They can see the opportunity to learn from each other, to take what works well in one part of the country and apply it in another. It’s been a catalyst for changing behaviour in a really positive way," he said.