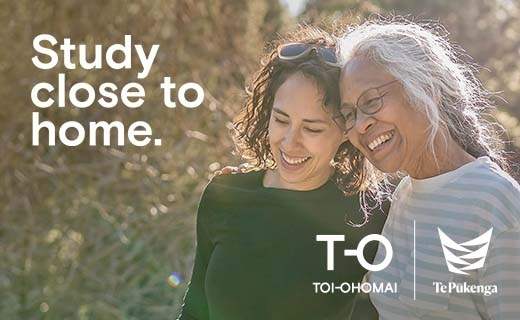 The new co-brand forms part of the engagement process as Toi Ohomai, along with all 15 Institute of Technology and Polytechnics (ITPs) across Aotearoa, transition into the new national entity.

This work will see the Toi Ohomai logo sit alongside the Te Pūkenga logo until early 2023, when Toi Ohomai will officially become Te Pūkenga.

As part of the brand transition, Te Pūkenga will launch the brand on a national scale in August.

The establishment of a singular ITP network is part of the Reform of Vocational Education (RoVE). It is the most significant change seen by the tertiary education sector in more than 25 years.

Toi Ohomai Chief Executive Dr Leon Fourie says that while the Toi Ohomai brand may be changing, our commitment to providing quality, innovative education that meets the needs of our region won't change.

“Our whānau just got bigger. Being part of such an extensive network will enable us to draw on national strengths that will further benefit our communities. Te Pūkenga is focused on regional success.”

The Toi Ohomai name was gifted by iwi to the institute in 2016, as part of the merger of Waiariki Institute of Technology and Bay of Plenty Polytechnic.  Te Pūkenga, alongside Toi Ohomai, acknowledge the significance of this gift and are committed to working closely with iwi and mana whenua across our rohe to ensure that the journey to Te Pūkenga brand in 2023 respects both sides of the partnership.