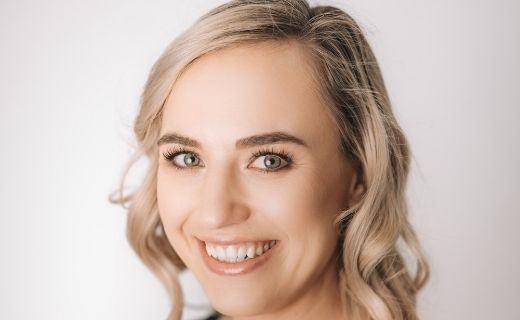 Judges told the shocked 30-year-old she had the edge because she manages to work across two very complex sectors – education and acute care – in a way that is recognised as outstanding by her colleagues.

“I had no idea I had been nominated, so the news came as quite a surprise,” says Talbot.

Kelly’s nominators say she has earned a solid reputation for hard work, straight talking, competent leadership and fine teaching. Her students describe her as ‘fantastic’, ‘encouraging’, ‘approachable’, ‘helpful’, and ‘professional’.

Judges commended her compassion, courage and commitment to the Treaty of Waitangi and say her teaching style enriches the learning experiences of students and potential future colleagues. They also say she is able to educate patients, putting things into terms they can really understand.

While Kelly feels humbled by the accolades, she says being able to share her personal, challenging journey with people, is a key driver for her.

“I remember being a student myself, trying to juggle my daughter, work and study. Times were tough and I love that now, as a student nurse educator, I have the opportunity to support and mentor students while on their clinical placements,” says Talbot.

As a teenage mum at age 17, Kelly suffered from low confidence, she was shy, quiet and had minimal ambition. However, over a two-year period between 2009 and 2010, Kelly attended School for Young Parents in Rotorua with her baby daughter Isabelle. This is where her life changed direction.

“I was not the brightest student. If it weren’t for the relentless encouragement of two of my teachers, Wendy Mack and Barbara Stewart, I wouldn’t have continued on to do tertiary study,” says Talbot. “I needed to finish NCEA Level 2 and Level 3 to gain university entrance.”

Once she passed her NCEA, Wendy and Barbara spurred her on to study toward a Bachelor of Nursing, which she did through Toi Ohomai Institute of Technology in Rotorua.

“I had to dig deep, time and time again, over the course of three very long years. For the most part, I had to juggle the relentless cycle of studying and parenting. I felt like I wasn’t intelligent enough to be a nurse. But, I’m forever grateful for my mum and auntie’s support when I really needed it. Whanau is everything to me,” says Talbot.

Kelly had wrestled with negative feelings and was on the verge of quitting her study many times especially after resitting a paper she had failed. But she pushed on.

Then one day, in 2013, things changed dramatically for Kelly and her daughter.

“I’ll never forget the day I was walking along the garden path at home, when I received an email on my phone.  I froze. I knew this email would change everything – it was notifying me if I’d passed or failed my degree.  And thankfully, it said I had passed my final exams and obtained my Bachelor of Nursing,” says Talbot. “I was elated.”

Kelly’s past struggles are now something she values and intrinsically ties her real-life experiences into special teaching moments.

“When other nursing students feel inadequate or stupid, or are losing their way, I encourage them along by sharing my own grey days of self-doubt. Some of my students are fresh out of school, or even older than me but I try to relate to each of them,” says Talbot.

She slowly learned that being an A-grade student was not necessary once she was assigned to clinical placements and got an understanding of what the nursing profession was about. While Kelly didn’t know everything at the time, she was extremely competent in what she did know. Building a rapport with patients felt natural to Kelly and the rest just followed.

But Kelly’s story does not end there.  She has been studying ever since. After another six long years she is now only one paper away from obtaining a Masters in Nursing from the University of Auckland. Her short-term goal is to further develop the Pre-Admission Clinic at Southern Cross Hospital in Rotorua to improve the service and patient outcomes.