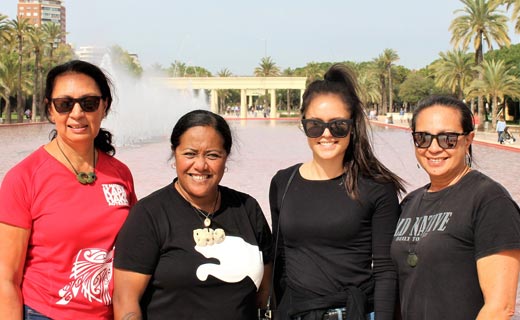 Using narrative enquiry, the “Kōeke a Ko Ake Nei - Towards Intergenerational Positive Aging for Ngati Pikiao” project investigated how the tribal governance and cultural roles of the of tribe’s elderly members contribute to proactive and positive aging.

“This includes Ngati Pikiao organisations and Treaty Settlement entities, so they are better informed and able to support the health, well-being and positive aging needs of Ngāti Pikiao people, and others, across the life spectrum.

“Written in both English and Māori by a seven-person research team from Ngāti Pikiao. Four of whom were new and emerging researchers.”

She says the stories from the 18 kōeke who participated in the study, will be published in a book with copies being made available to the Toi Ohomai Institute of Technology library.

“The research found that: kāpuia (connectivity); aroha (unconditional love for people, land and waterways); kōkohu (giving rather than receiving); manawanui (resilience, commitment and dedication); ringa raupa (hard work); urutaunga (adaptability); ngākau māhaki (humility); tino rangatiratanga (self-determination); and anga whakamua (succession) were central to the ways of being of kōeke in the study and a bedrock of ageing positively.

“Supporting and looking after whānau, having whānau look after them, and contributing to the greater good through service to hapu, iwi and their marae, were mainstays of what the kōeke considered positive ageing to be.”