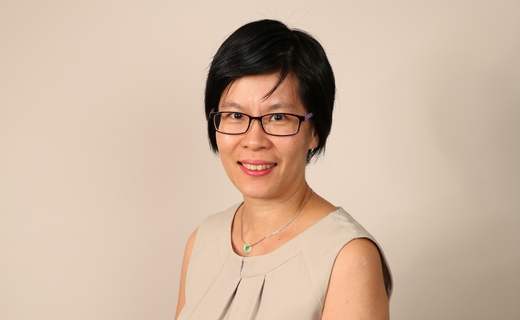 The Toi Ohomai International Services Manager completed her New Zealand Certificate in Te Reo (Level 2) in July last year and says it has given her more confidence in her role at work.

"I took up the opportunity as part of professional development, as I wanted to learn more about Māori protocol. I had clear goals of learning karakia, and memorising my own pepeha."

"When I showed up to the first class, I was a complete beginner. Because I didn't go through the New Zealand school system, I was the only person in the room who couldn't count in Māori, or didn't know colours in te reo. Now, when people speak te reo Māori during pōhiri, I know what they're talking about. I know why there's laughter or surprise," she says.

Despite starting off on the back foot, Ada says it was a really supportive learning environment, which gave her confidence with pronunciation and to ask for her tutors' help when she didn't understand something.

She says she uses what she learnt throughout the course almost every day.

"I include Māori words in my work emails whenever I can, and I've recently learnt a new waiata. I'm continuously finding out more too. If I hear a Māori word or sentence I don't understand, I'll always follow up and find out what it means."

When asked why she decided to learn te reo Māori, Ada explained that as International Services Manager, it was important to her to share New Zealand's culture authentically when talking to stakeholders and prospective students based overseas.

"I wanted to understand and share, te reo Māori - our indigenous language. Not long after completing the course, I accepted an award on behalf of a local Rotorua business at the 2021 Westpac Business Awards. One-third of my speech was in te reo, and the audience of about 1,000 people were impressed and quite surprised!"

Ada says she took more away from the year-long course than just learning the Māori language.

"I also forged some really great friendships in the class, which I cherish. Rotorua is very far from my hometown in China, and it's been lovely to keep in contact with some of my classmates. I would like to thank my teachers, Whaea Tangiwai and Matua Terry. It was a great experience," she says.

Ada's still learning too. She's currently in the Te Puawai Training Scheme (Level 6). Ada started the cultural programme in February and will complete her new qualification this November.

Her advice to others considering learning te reo Māori, "Just take a small step forward. Every small step gets you to your goal. It doesn't matter what level you start out at. Look at where I started!"